1.
“If the social reality is organized around the cute/dork dichotomy, then there are cute girls and dorky girls, and it would be a mistake not to recognize this. This is important social knowledge. But at the same time it is tempting to say that the cute/dork dichotomy is an illusion. It is socially and morally problematic and because it is reified through a pattern of belief and expectation, it could be undermined by a refusing to have beliefs in its terms. More generally, in cases such as this we seem to be able to generate a contradiction: it is true that p so you should believe p; but believing p makes it true, and it would be better if p weren’t true; so you shouldn’t believe p.”

2.
“Know that philosophy is able to perfect the human soul by bringing it to know the reality of exis-tents according to their proper essences, as well as accurately assessing their existence by way of proofs grasped by the mind; or else accepted by tradition, as befits the majority of human beings.”

Mulla Sadrā, The Transcendent Philosophy of the Four Journeys of the Intellect, Introduction to the First Journey, 17th century. From: David Burrell, ‘Mulla Sadra’s Ontology Revisited’. In: Journal of Islamic Philosophy 6, 2010, p. 54.

3.
“It will be necessary to…awaken the experience of the world such as it appears to us insofar as we are in the world through our bodies, and insofar as we perceive the world with our bodies. But by re-establishing contact with the body and with the world in this way, we will also rediscover our-selves.”

4.
“We have to entertain the possibility that there is no reason for something existing; or that the split between subject and object is only our name for something equally accidental we call knowledge; or, an even more difficult thought, that while there may be some order to the self and the cosmos, to the microcosm and macrocosm, it is an order that is absolutely indifferent to our existence.” 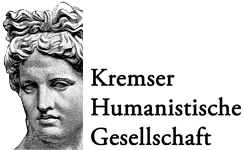